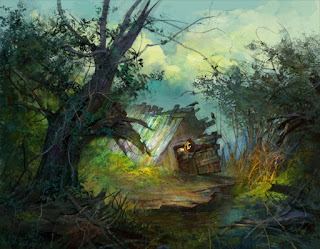 Metropolis vs shed in the woods

Emerging from the subway near the World Trade Center at 5pm, like the country bumpkin from Brooklyn I am. Overwhelmed by the crowd. It's a visceral reaction. I'm standing in shock while people rush in every direction around me.


Many many years ago, when we lived in tribes, if we ran into another human being, either we knew him/her or he/she was an enemy. Danger mostly came from people we didn't know. It still does, see  "CRASH". But now we have to accept this multitude of strangers we rub shoulders with, it's called the anonymity of the large city. We can not fear them all, but at the same time, we should not stop them and try to befriend them,  nor wink at them, nor tell them we like the shape of their skull.

Sound also alerted us to danger. It still does, for example if one hears earth rumbles or bullets firing or elephants crashing down from the sky. It alerts us to the dangers that are not within our vision range, and might be coming our way. Living in a large city, our senses are always feeding us alerts which we try to suppress, because we are subjected to sounds, many unidentifiable, all day all night long.  Living in the city is a lot about suppressing the natural fear we should feel, and that takes its toll in the long run.

This is really obvious, I know. Wow, I've just discovered that living in a metropolis is stressing.

But getting back to the crowds. Going back to that time when either we knew or didn't know the person coming our way. If we did know the person, we were familiar with her history. She loved to roll down a slope when she was a little girl. Her father died during a hunt. Or she was shy and did not play with the other kids. She refused suitor after suitor until a visitor from another tribe took her away. She liked raspberries.

Similarly, with all the individuals I cross on the city turf, I am overwhelmed by the multitude of their unknown narratives. I see clues: their age, their body language, the expression on their face, their clothes. It's not sufficient. I want to know every story of every person, whether they prefer pears or apples, how much their first love hurt, what part of their soul reaches to the clouds. While unattainable, I am working on something approaching: the Big Secret Blog Project, to be launched in the fall.

For the time being, I wonder: have I reached the stage of city fatigue where I should move to a shed in the hills and welcome just one visitor a day?
Posted by enpleinjour at 10:45 AM 2 comments: Links to this post