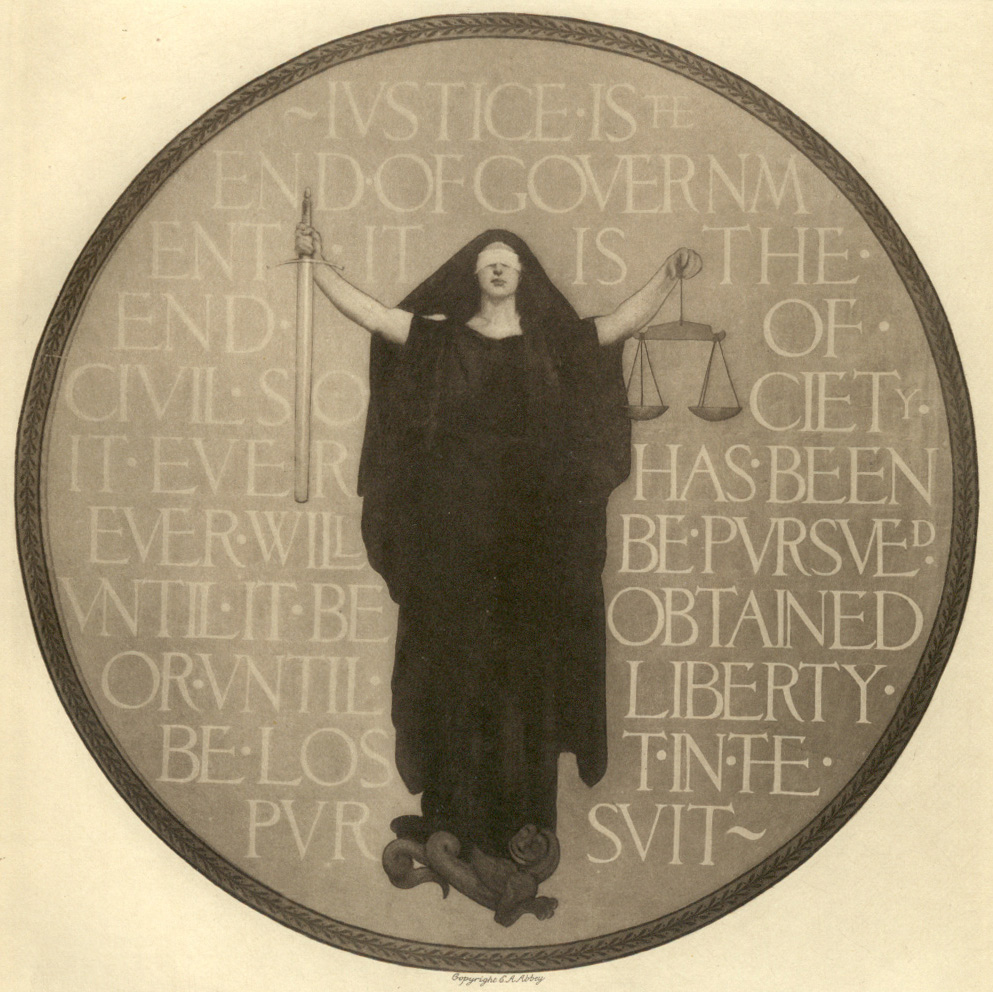 Not a review of The Diary of a Madman at BAM

What can I say? One of the best theater shows I've ever seen. Every aspect of theater, text, staging, lighting, acting, music came together to put Gogol's Diary of a Madman in front of an audience.
A perfect marriage of physical theater and verbal expression.
The show was maybe so succesful because it wasn't staging a play written by a playwright, as in writer sits at table and writes in the usual format:
"Mad woman (recoiling in corner)
Aaaaaah.... Aaaaaaaaaah.
Mad man
I don't know why they shaved my head, I told them not to. They have such strange customs in this country.
Mad woman
Aaaaaaaaaaaaah...  Aaaah..."
For this play, it would have to be a different format:
"A woman, her hair shaven off, in tatters, rolls on the floor. She utters screams of absolute pain that wrench the soul. Her face is distorted by fear. Meanwhile the madman tries to foster his chimera, holding on to language and a few scraps of clothes."
In this Gogol text, a clerk has aspirations to climb up the society ladder. There's a ladder on stage, but only the maid climbs it, because it's a real ladder that could lead possibly to real happiness, not the chimera the clerk is after. In Russian 19th century, society is so mineralized that there is no going up the ladder, no going anywhere but fitting into the system. Bowing to the individuals higher on the ladder and ill treating individuals lower on the ladder.
The Finnish maid makes the case for humanity, for warmth and tenderness and spontaneity. And what a case the young actor Yael Stone makes. The clerk doesn't even see her. His only hope of breaking from his lonely fate, she's constantly there, at arm's length, for him to grab salvation, but he can't, he won't.
The structure of the play is brilliant, with scenes ending abruptly with lights dimmed, dialogue stopped in midsentence. The first part all fun and comedy. The second part quickly turns to tragedy, as the clerk having taken his chimera of social ascension for reality can only gyrate down into madness. The tragic pay off would work better if there was more of an emotional connection with the main character. While his representation is brilliant, he doesn't quite come across as a complete human being. He's more of an abstract commentary on society.
The play feels contemporary, with its theme, its humor. At the same time, it completely respects the substance of Gogol's text. While everyone in Gogol's time aspires to get closer to the Czar, our society is obsessed with celebrity.
Music based on Mussorgsky was composed for the play: a violin, a clarinet, and various percussive instruments. The musical episodes dialogue with the madman, interrupt him, underscore his monologues to great effect.
The costumes and make up and wigs fit the characters to perfection. His a tragic clown, with a reference to Max & Moritz, 19th century comic book characters.
I've only seen the total control of  physical expression Rush exhibits in Asian performers who spend 12 hrs a day practicing. Or 15. His limbs flow with suppleness, his hands express every feeling he needs to convey. Mercury.
It makes me wonder what kind of theater they have in Australia. While many good actors have come from Australia, wasn't aware of a vibrant theater culture.

Did I say Geoffrey Rush is simply fantastic in the role?
Not a review. If you are interested in finding out why I don't write reviews, go to this entry:
http://bilingualblogbilingue.blogspot.com/2010/10/secret-of-mysterious-false-twins.html
http://bilingualblogbilingue.blogspot.com/2010/11/james-thierree-andis-raoul.html
Contributed by  - -  Arabella Hutter
Posted by enpleinjour at 8:42 AM No comments:

I forgot to talk about the audience at BAM in my Nightingale entry. So far my favorite in the world. However I haven't been everywhere.<

I go to different types of shows at BAM, dance, opera, theater, and the audience varies accordingly. The audience for dance shows are young. They all seem the same age, in their early thirties, and the same height - small to medium - when I arrive. Young women, young gay men. Chatter, laugh. They stand straight and their feet tend to point outwards. No fat bellies. Understated clothes. Before the show the air is solid with excitement. And I think, I love being in New York.
The audience for the theater tends to be older. Men help women put their coats on. Camel hair. Pearls float around. Their expressions are serious, they're here for business. In the higher rows sit younger people. Their voices boom all the way down to the orchestra. Their faces and their jaws are too large. It's an advantage for an actor to have a large head. Dress is without flair from the bottom to the top..
The avant-guarde music or mixed media shows often attract the older avant-guarde, they're less conservative than the young generation, I suspect. The women's hair are dyed in interesting variations of the rainbow, they wear jewels at odd angles. The men have ear rings and clothes made out of velvet. They're having a good time.
And at The Nightingale and Other Fables, the audience was eclectic. A lot of stunning individual styles. Alas I had been too lazy, for once, to enjoy dressing up! A tall man, cousin of Yves St-Laurent, wore an intricate turquoise necklace. Or breast piece rather, it was so large. He walked around with his head high, alone, going somewhere. Another man had long gray hair brushed back over the head French style, and huge glasses. A woman in her fifties with beautiful short grey hair wore an exponential dress of burgundy taffetas full of ruche. A young woman had delightful long heels. Long and fine. Just like her legs. Everyone looked famous. Well at least one celebrity: Alan Rickman was there.
Contributed by  - -  Arabella Hutter
Posted by enpleinjour at 10:08 AM No comments:

It's actually Other Fables and The Nightingale, as the fables come first.
I''m a sucker for Lepage. He's all about theatricality. No beating about the bush. The first fables are illustrated by hand shadows. The opera singer sings: The cat is in the cradle, lalala. And a cat appears on the screen, a really cute cat. Let's have a glass of beer, lalala, sings the opera singer. And the face of an old Russian lady with a very recognizable Russian nose shows up on the screen. It's a delight, because we like to be fooled, and to know that we're being fooled. Theater by definition 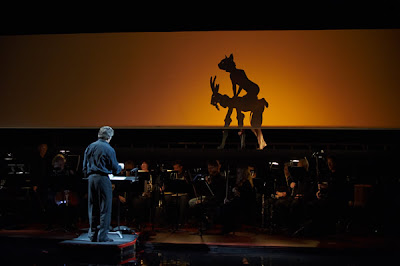 All the fables are illustrated by various shows of light and shades. Lepage obviously had a good time experimenting with these techniques.
The Nightingale has action that's more real, but not much. Each singer manipulates a puppet whose part he/she sings. They play themselves and they play the puppet too in a kind of duplicative motif. Theater is duplication too. Lepage likes machinery, artifice. illusion. He gets his heart's content with birds that fly, dragons that fight in the water, manipulators which are dressed in a mummy-like black outfit. We're supposed not to see them. I won't tell of every trick in Lepage's bag to not spoil the show.
I have just one complaint of consequence, shared by about a third of the audience: we couldn't see well the water pool at the front of the stage where most of the action took place during The Nightingale. What were they thinking? 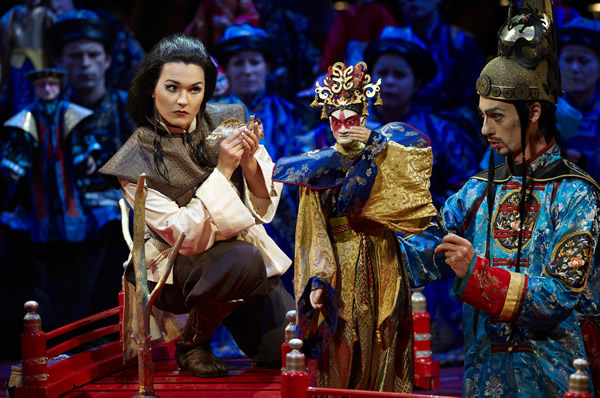 The costumes are breathtaking. In the Nightingale they combine gamely Russian and Chinese visual styles. A choir is dressed in colors as bright as a flock of parrots. Spectacular make up spectacular.
The lighting's fabulous. Oh for that moon, or is it the earth, floating on a vibrant blue sky.
The music doesn't do it for me. The singers sang their hearts out, and the lyrics are lovely, but I'm not a fan of Stravinsky. Something's missing in his music: a heart?

Oh, and there's a message about technology not bringing happiness, must be a joke, right?
Not a review.
For more on why I don't write reviews:
http://bilingualblogbilingue.blogspot.com/2010/11/james-thierree-andis-raoul.html
Contributed by  - -  Arabella Hutter
Posted by enpleinjour at 8:23 AM No comments: