Last blog entry listed the 10 reasons you want Samuel Pepys' life. There are only five reasons you would not want his life:


1. You would be terribly jealous. Pepys suffered from terrible bouts of that ailment when his wife took dancing lessons with a dance master. ‘my wife, who by my folly has too much opportunity given her with the man, who is a pretty neat black man, but married. But it is a deadly folly and plague that I bring upon myself to be so jealous and by giving myself such an occasion more than my wife desired of giving her another month’s dancing. Which however shall be ended as soon as I can possibly. But I am ashamed to think what a course I did take by lying to see whether my wife did wear drawers to-day as she used to do, and other things to raise my suspicion of her, but I found no true cause of doing it.'
'Up with my mind disturbed and with my last night’s doubts upon me, for which I deserve to be beaten if not really served as I am fearful of being, especially since God knows that I do not find honesty enough in my own mind but that upon a small temptation I could be false to her, and therefore ought not to expect more justice from her, but God pardon both my sin and my folly herein.'
And just as he said above, he soon started to approach women, and young girls, to solicit sex or sexual interactions. Maybe that was his way to deal with his jealousy. It's certainly not pretty. 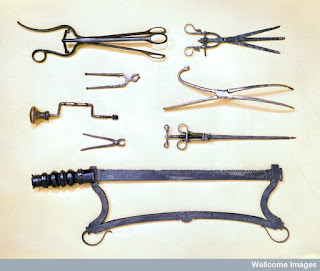 2. You would have no anesthesia is you needed surgery. Before he started writing his diary, Pepys had his bladder stones removed. Without anesthesia, naturally. Every year, he celebrates the anniversary of the successful surgery, and he’s ever grateful to his operating doctor. Everyone seems to have some kind of stones, not everyone had the gall to get surgery for them. For people who could afford it, like Pepys, diet was pretty much exclusively meat. Venison pasty almost daily. Lots of boiled lamb or ham. Add a few oysters here and there. Vegetables seem unheard of, fruit hardly more present.
3. If you were barren, there was no cure, nor treatment. Pepys and his wife had no children. It might have been a consequence of the removal of his stones. Pepys does not discuss this issue much except that he is invested in his brother getting married and having children. His brother actually fathered an illegitimate daughter with a working class woman.
After the brother’s early death, Pepys pays a number of people to hush the whole affair, and take care of the girl. It’s quite clear from the negotiations that no one gives a hoot about the little girl’s welfare, unless the mother does but she has no voice. It never crosses Pepys’ consciousness that he could adopt the little girl, as he and his wife are childless. Maybe he would have considered it if it had been a boy. Da Vinci, the son of a laundress and a noble Florentine, was adopted by his father and his barren wife. The problem of the girl seems to go away, as Pepys never mentions her again, and it is assumed that she died. My heart hurts when I think about this little girl, swung around like a load of dirty laundry, who might not have had much fuss over her in her last days.
4. Just as you are thrilled to be alive, you live in fear. Fear of the Plague and other diseases. Pepys and his wife are terrified when one of their servants falls ill during the Plague. They nudge him firmly out of their house, by sending him to get nursed in his family. It turns out it was just a cold. After the Great Fire, he’s always worried about fire. He wakes up, startled, in the middle of the night: Is the City on fire?
England is also at war with the Dutch which creates a lot of unrest as huge amount of resources go to the war. The sailors are unpaid and refuse to serve again. Their wives demonstrate, harass the navy officials including Pepys who expresses his sympathy in his Journal. He’s very critical of the authorities, particularly of the King. He reports his whoring, his mistresses, his friendships with rogues. One has to wonder who he writes his Journal for. He reports what’s happening politically and also intimate: the death of his brother, his jealousy of his wife’s “dark” dance master. That’s quite endearing. It’s a bit hard to follow the politics as there are so many players, still the mixture of macrocosm and microcosm is so compelling. He’s a born narrator. His Journal is very precious to him. At one point, terrified of an impending invasion of the Dutch, which does not happen, he sends his wife to the country side with a lot of their gold and ... his Journal. 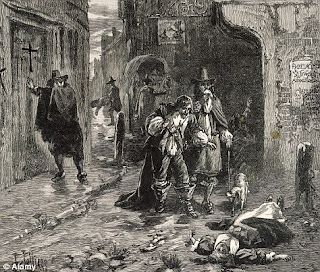 5. It was a time of constant fake news. You think we live in a world of fake news? It was worse then. Rumors about conspiracies, invasions, victories circulate all the time and are usually completely erroneous. The Dutch were NOT invading, the French did NOT conspire to set the City on fire, the Navy did NOT win over the Dutch. And there is no reliable source of news that can be go to to check on rumors. Only time tells.
And Pepys has to keep himself up to date with current politics. His position depended on this protectors, and he had to navigate some hairy situations. Though he kept climbing the ladder after he stopped writing his journal (he thought he was going blind) and reached a very high position, he eventually fell out with his protectors, even being jailed for a brief time on accusation of Jacobinism.

1. If you love History, this diary gives you an unmatchable insight in life in the 17th Century, and into its society. There seems to be way more social mobility than you would expect in a class society. It’s well written too, Pepys has a sense of narration. He wrote a fictional text as a youth, which he mentions destroying in his diary. It’s not evident who he wrote the diary for. He writes in his own personal shorthand in which he criticizes quite freely the king and a number of aristocrats. Obviously, he had no plans of showing anyone the diary while he was alive. He wrote for posterity, and for himself. He liked to keep a record of his health and daily activities, of his social status, and it helped him manage the stress of his social and professional life.
2. If the human story is more your thing, his relationship with his wife is riveting. She seems quite free. They do a lot of things separately. She definitely is not locked up at home. He doesn’t seem to be madly in love with her, but he cares very much, she plays a huge role in his life. They had arguments, often over small matters, as most arguments still do now.
'So after the Paynter had done I did like the picture pretty well, and my wife and I went by coach home, but in the way I took occasion to fall out with my wife very highly about her ribbands being ill matched and of two colours, and to very high words, so that, like a passionate fool, I did call her whore, for which I was afterwards sorry.'
'After that I went by water home, where I was angry with my wife for her things lying about, and in my passion kicked the little fine basket, which I bought her in Holland, and broke it, which troubled me after I had done it. '
After she dies, he stopped keeping his diary. The official version is that he had issues with his eyes. But he never remarried, despite having no children, though he might have figured out his organs were at fault, as none of the women he had sex with became pregnant.
3. He presents an honest picture of himself, and he is often repentant – that might have endeared him to the nobles around him. He is aware that he does not repress his passions. He penalizes himself with fines when he does not respect his own rules. But mostly in the first years of his diary, and it mostly concerns his spending too much money, particularly on plays, and spending too much time on leisure to the detriment of his work load. That does not seem to have hampered his social climbing.
4. His ascension in society is fascinating. He becomes richer, more influential, both through connections and skills. And he’s loving it! His father was a tailor, but probably fairly well-to-do, their status ranking above other working class positions such as laundress or servants. His family has aristocratic relatives, one of his aunts having married a Montagu. 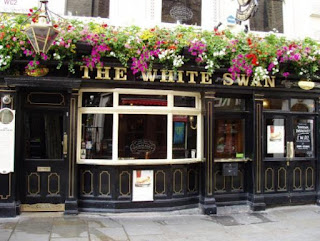 As he climbs the social ladder, he tends to go less to the pub, and host more in his home. At night, at first, he uses the services of young boys that carry a torch and light the way home for a small fee. He moves around a lot during the day, often by barge, and details his commutes in his diary. He takes the coach more, until he finally takes the dive: he purchases a fancy coach, complete with horses and drivers. He even changes one of the horses which he thought was not good enough. With his wife, they go parading through Hide Park, the fashionable thing to do for upperclass people, until someone tells Pepys it's unseemly for an upstart like him. He's terribly vexed. But still he loves having his portrait painted, and his wife. His household becomes larger, he hires a number of maids for his wife who seems dissatisfied with most.

'I do see the inconvenience that do attend the increase of a man’s fortune by being forced to keep more servants, which brings trouble.'

In the morning he usually goes to Whitehall or the exchequer to hear the latest news, and to network. Networking is a huge part of his life, and he must have been good at it. Then he might go to the pub such as the White Swan 'for his morning draft'. He has the despicable habit of trying to kiss the waitresses. He goes home for his midday meal which is called "dinner", hosts guests or is invited. He often sings with his wife, either during his lunch break or at night. In the afternoon he might go to a play and then he'll work later, sometimes after his evening meal. He also often walks in a park or in his garden with a friend for an hour or two. He doesn't say whether that's for health or just for enjoyment. 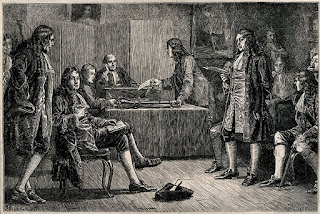 5. He has an endearing personality. Apart from his womanizing and his occasional brutality, he’s spontaneous, affectionate, curious (he was invited to the Royal Society, quite an honor at the time), eager, intelligent, sociable, volatile, has ethics when it comes to his work, - but not to his personal life. One has to wonder whether his lack of control over his passions were typical of the times, which seems likely. That looseness can be enviable to the modern reader living in a highly regimented world: Pepys gets angry! He weeps when his wife reproaches him his deplorable behavior! He fosters, and celebrates, daily moments of merriness!
You can read the whole text online, or, recommended, the abridged version which runs only about 600 pages!
Written and published by  - -  Arabella H. von Arx