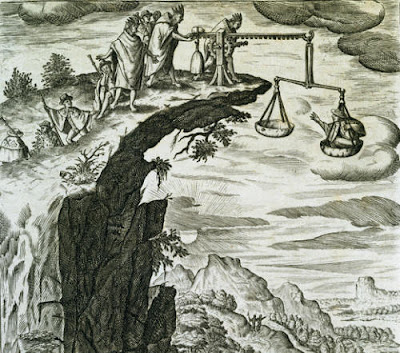 A friend of ours lent us his condo in St-George, Utah. Right at the corner with Arizona and Nevada, the latter state offering some serious temptation to the Mormon population of St-George - could this geography have something do to with the rapid expansion of this vacation town? The condos were filled with affluent Mormons on vacation from Salt Lake City. This sect mostly comprises people of wasps origins and must be quite wealthy, with its 10% tax on its followers' income.

We saw them from our balcony, met them in the staircase, shared the jacuzzi. They looked and behaved like regular Americans, which made it weird, as I kind of expect sect followers to be socially unadapted. They were blond and tall and handsome. Only, the women didn't wear bikinis. Escorting large number of children (forbidding contraception is a well proven strategy to expand a church's following). We knew that they don't drink alcohol or tea or coffee or colas. They don't smoke. We were sinners from their point of view.
I caught myself planning to burglar their condos. It would be easy to climb on the balconies, maybe when they're in church on Sunday morning. Take the cash and their bicycles, I missed having a bicycle which I could ride in this beautiful landscape.

I was intrigued. I usually don't set up burglaries, honestly, it's not my line of work. How come I was considering, though not seriously, a crime? Well, I was a sinner for them anyway. My behaviors and habits barred me from righteousness. I found myself in the shoes of people who are marginalized in our society, such as ethnic minorities in the US or gypsies in Europe.

Minorities are criminalized before they commit a crime, because they don't fit the norm of the typical respectable citizen. Additionally, in the US, the legal system has been skewed against them, the media portray them typically as criminal.  If they're labeled as criminals in the first place, what's the point in trying to be a responsible citizen?

Published by  - -  Arabella Hutter
Posted by enpleinjour at 2:33 PM No comments: