Fiona Shaw's performance was a disappointment. A shrill, monochord delivery. Not that she's lost her acting skills, but looks like she's been directed to do so, as Lindsay Duncan's delivery is also stylized: every line is drawled and drawn. But Lindsay manages to do more out of the role. Cleverly, she lets go of the drawl as the play progress. The men do their bits. They all try, and have talent, but the play is a hard nut to crack. A tedious affair, portentous from start to finish. The characters don't evolve, nothing much happens. The director manages to squeeze the most comic relief available.

The only actor who really pulls it off, Cathy Belton, plays Mrs Wilton. She has all the fun: sex, a young lover, possibly another young innocent female lover, money, looks, youth. She is so content when she's on stage, we were hoping she'd take us away from the play, along with the son of the house. The other characters are dire. John Gabriel Borkman worse then the women? Yes, a bit, because he suffers from primal sexism.

If the play is to be staged, best bet would probably be to go for the guts spilled out on stage, method acting, dark dark humanity.

The set by Tom Pye is spectacular. The ground icy brilliant. Snow in the background threatening to invade, a symbol of the cold that grips the hearts of the characters. Didn't get why they had snowed in cars on the stage, though. Joking. Anyone who was coming from Brooklyn's streets would read the snow boulders in the back as cars whose owners haven't had the courage to dig out.

Still, the audience liked it. After some of the memorable performances of Fiona Shaw we've seen at BAM, it's not surprising. They were showing their loyalty. A feeling that has a lot of say for itself.

In the photo below, the set is slightly different. We saw an improved version, without the wall, the snow is literally everywhere. But it was the photo I found where you best saw the cars parked around the house! 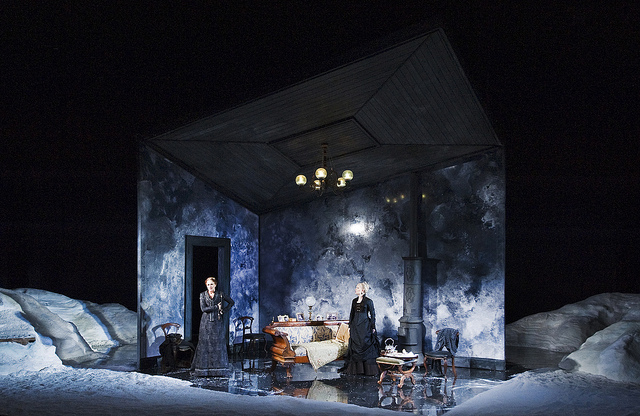 Not a review -  by Arabella Hutter
Posted by enpleinjour at 4:42 PM No comments: 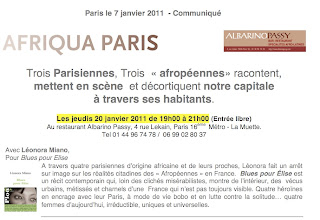 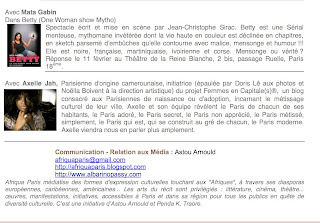 Posted by enpleinjour at 7:46 AM No comments: